Select a frame
No
about the painting about the artist payment and delivery about delivery
Technique
Oil, Canvas
About artwork
Sea nymph dancing with Poseidon
Genre
Fine and Contemporary Art
Keywords
Women Water Modern For office as a gift Into collection Into the office Large Vertical Expensive on canvas Oil 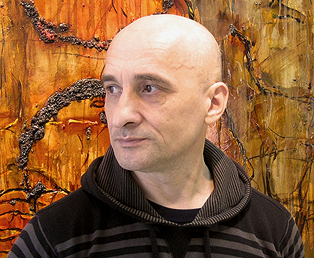 About the artist
Born in 1959 in Kamensk-Uralsky, Sverdlovsk Region.
1984 - graduated from the Sverdlovsk Art College.
Since 1979, the artist participates in numerous exhibitions in Russia and abroad.

The paintings of Stanislav Krupp demonstrate affinities to the artworks of the Silver Age. In addition, the artist is also inspired by the masters of the European Middle Ages and the Northern Renaissance. In his pieces, Stanislav Krupp applies the ideas of symbolism, as well as the aesthetics of Russian, Polish and Czech Art Nouveau, whereas some paintings bear the influences of the art movement the Vienna Secession.

More than 400 artworks of the artist are found in private collections in Russia, Germany, Sweden, Israel, England, Greece, Spain and the USA.