Select a frame
No
about the painting about the artist payment and delivery about delivery
Technique
Oil, Canvas
About artwork
Chasing the wind
Genre
Landscape
Keywords
Expensive on canvas Oil 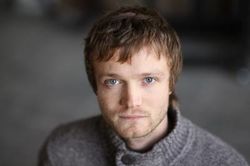 About the artist
Born on September 21, 1985, in Leningrad. Studied at SPAHL named after B. V. Johanson from 1997 to 2003, under the leadership of Kirillov L. N. In 2003 entered the faculty of painting in St. Petersburg Academy of Arts. Since 2005 to 2009 Ilya studied in the workshop of easel painting under the guidance of O. A. Eremeev. Since 2010 he is a member of the Union of Artists of St. Petersburg.