Select a frame
No
about the painting about the artist payment and delivery about delivery
Technique
Oil, Canvas
Genre
Abstract art
Keywords
birds Abstractionism Expressionism Abstract expressionism Conceptualism For office For kitchen for bedroom For living room Into the office Fine art Contemporary Art Expensive on canvas Oil 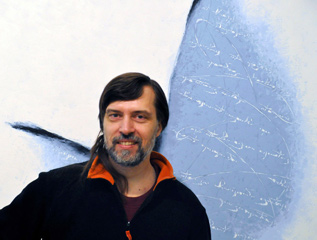 About the artist
Born in 1965. In 1993 graduated from the Russian State Pedagogical University in Saint-Petersburg.
Since 2000 - member of the Union of Russian Artists.
2009 - a member of the Paris Union of Artists "Les Seize Anges."

Artistic talent of Alexander Oligerov has been noted at numerous art festivals and art-contests.
2004 - Prize of the International Festival "Master-Class", Saint-Petersburg.
2006 - Silver Medal of the Russian Academy of Arts.
2011 - First Place at the Contest "Made in Russia," Milan.
2016 - "Grand Prix" and "Prize of the Chairman of the Jury" at the International Contest "Art Revolution Taipei," Taiwan.
2018 - Gold Medal of the Union of Russian Artists.
2019 - First Place at the International Festival & Contest (Italy), held in terms of the "International Days of Arts in Russia."
The artist's paintings are found in private collections in Russia and abroad, and are also included in the collections of important Russian museums: the State Moscow Museum of Modern Art, the Museum of Nonconformist Art "Pushkinskaya 10", the State Novgorod Regional Museum-Reserve, etc.