Select a frame
No
about the painting about the artist payment and delivery about delivery
Technique
Oil, Canvas
Genre
Narrative art
Keywords
Vertical on canvas Oil 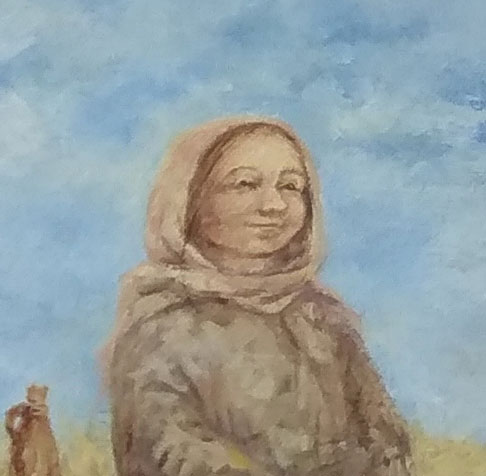 About the artist
Natalya Govorukhina was born on December 12, 1962, in Shadrinsk, Kurgan region. Graduated from the children's art school named after F. Bronnikov.

In 1986 she graduated from the Ural State Academy of Architecture and Art with a degree in industrial art.

1986-1992 - worked as a designer at the Ural branch of the All-Russian Scientific Research Institute of Technical Aesthetics in Yekaterinburg.
In 1992 Natalya studied and worked in the pottery workshop of G. Kazachigov in Yekaterinburg.

In 1993 the artist moved to Kamensk-Uralsky. In the same year, she took up painting, graphics, worked in advertising agencies as a graphic designer, in city theaters as a set designer and costume designer.

In December 2014-January 2015, a personal exhibition of works by Natalia Govorukhina entitled "Simple Happiness" was held in Yekaterinburg.
Payment methods and delivery options

Waiting for the Birds