Select a frame
No
about the painting about the artist payment and delivery about delivery
Technique
casting, More
Genre
Narrative art
Keywords
Into collection Saint-Petersburg Into the office Vertical 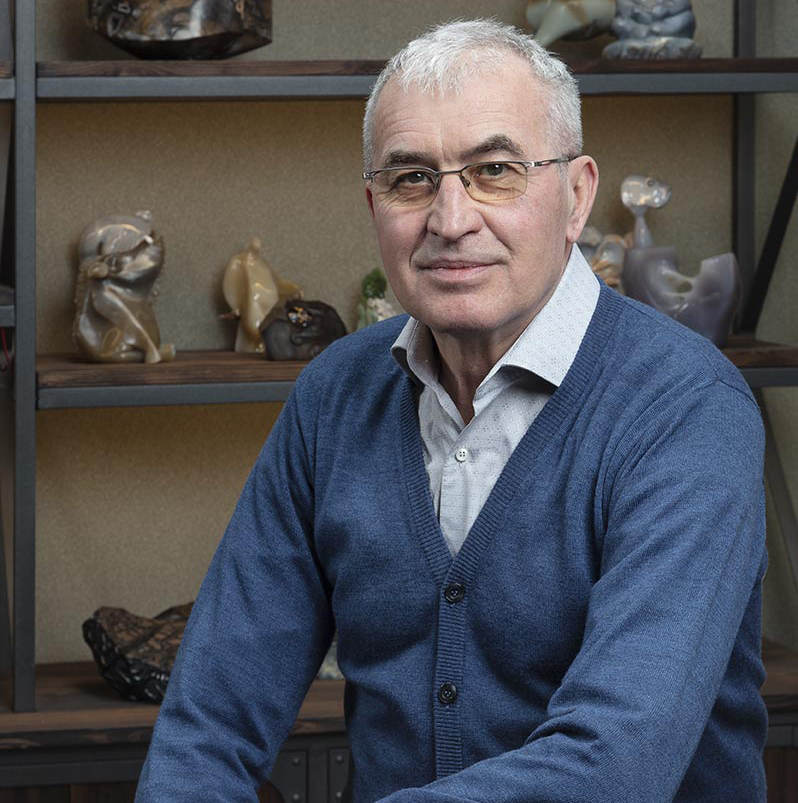 About the artist
Born in 1955 in the village of Zaigraevo, Republic of Buryatia. Graduated from the Faculty of Journalism of the Leningrad State University. For several years Sergey worked in the Hermitage, then - as a restorer in the Amber Room of the Catherine Palace in Tsarskoye Selo. Founder and artistic director of his own stone-cutting workshop. Having started his career as a successor to the traditions of Carl Faberge, Sergei Falkin created his own style in stone-cutting plastics. He overcame the traditional approach to ornamental stone and founded a new direction in stone carving sculpture. Working with bronze became a logical continuation and development of searches in modern plastic arts. Graphic sketches, as the beginning of a creative search, are at the same time full-fledged works in their own author's technique.

Member of the Union of Artists of Russia. Participant and winner of jewelry exhibitions in Russia and abroad. Member of the Expert Committee of the Carl Faberge Foundation.

The works are held in the collections of the State Hermitage, the State Memorial Museum of Anna Akhmatova, the Palace of Congresses - the Konstantinovsky Palace in St. Petersburg, the Irkutsk Art Museum, in private collections in Russia, France, USA, Germany, Sweden, Latvia.