Select a frame
No
about the painting about the artist payment and delivery about delivery
Technique
Oil, Canvas
About artwork
On the Bank of time
Genre
Surrealism
Keywords
architecture Women birds Water Cats Conceptualism For kitchen For living room surrealism Contemporary Art Large Expensive on canvas Oil for beige interior for the nursery 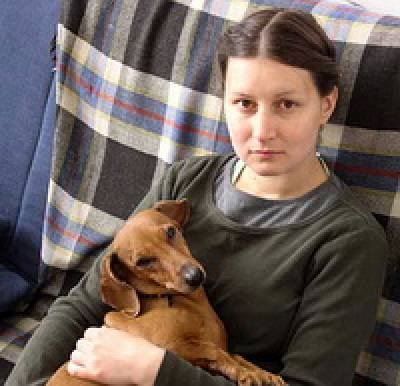 About the artist
In 2001 Belaya Agata graduated from the Institute of painting, sculpture, and architecture named after I. E. Repin (faculty of painting, workshop of Professor A. A. Mylnikov).
In 2001-2004 she worked in the creative workshop of A. A. Mylnikov. She took part in the reconstruction of the Cathedral of Christ the Savior in Moscow. She has grants from the Academy of arts, took third place in the second all-Russian competition of young artists named after PM Tretyakov.
In 2002 she was awarded a diploma of the contest "Muses of St. Petersburg".
Since 2003 - a member of the St. Petersburg Union of artists. The artist's works are kept in museums and private collections in Russia and abroad.
Payment methods and delivery options